Try making this easy vegan pizza with cauliflower crust for your next dinner! This veggie-loaded pizza is an easy to make and delicious recipe! With mushrooms, onions, and pepper this pizza is loaded with nutrition and flavor! 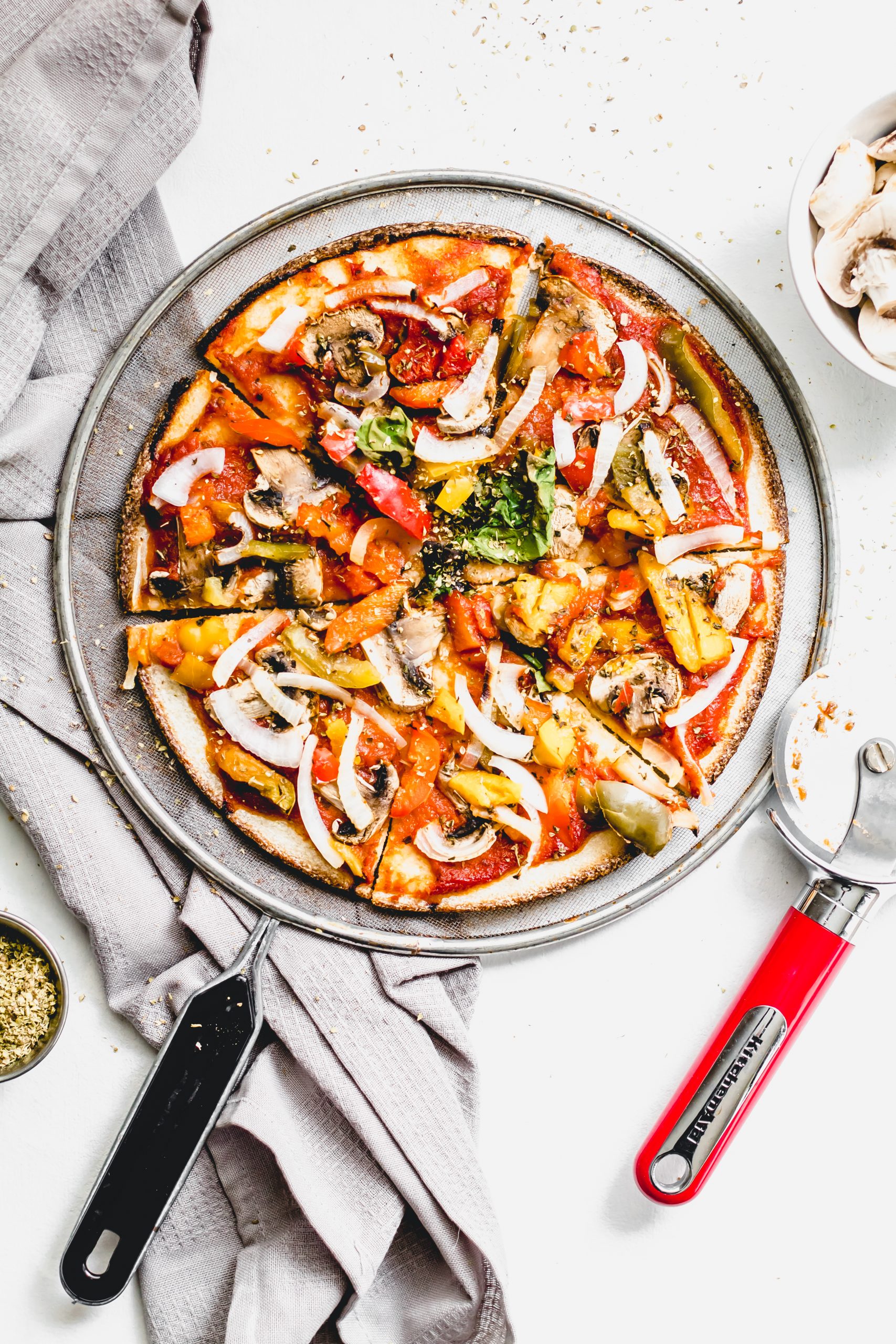 Today’s recipe is a super simple and easy one to put together but is perfect to make for a quick family dinner that is still super delicious. I don’t know about you, but I absolutely love pizza. When I first went vegan, it was something that I had to learn to make myself as not many places offered pizza without cheese. Now there are so many options but I still love making my own.

I definitely want to try making some more adventurous and creative pizza recipes, so if you have any suggestions, let me know! For now, I wanted to share this classic vegan veggie pizza with you all today. 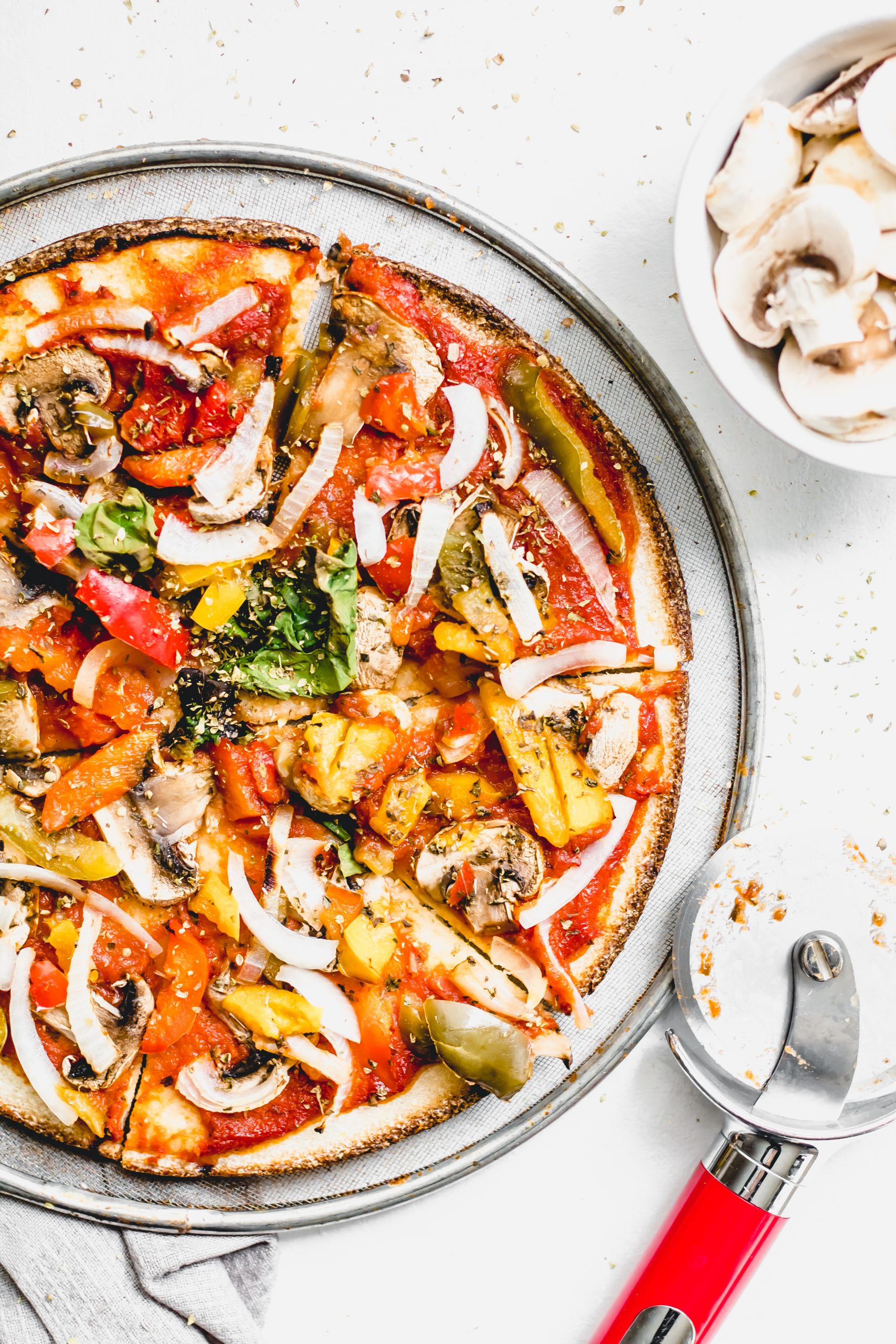 How to Make this Easy Vegan Pizza with Cauliflower Crust:

To simplify this recipe even more, I used a store-bought pizza crust. I actually used Trader Joe’s cauliflower pizza crust, which I LOVE. It’s super simple to use and cooks in under 30 minutes!!

For the sauce, you could either use your own or use a store-bought one. Again, because this is an EASY pizza recipe, I used a store-bought pizza sauce. The trick to making a pizza extra delicious is to slather on the sauce. Especially when baking, you want the sauce to be thick enough so that it adds flavor.

For this pizza, I chose to top the pizza with mushrooms, chopped peppers, and onions. The best part about this pizza is that you can add any toppings that you choose. Spinach, olives, and tomatoes would also be great toppings! 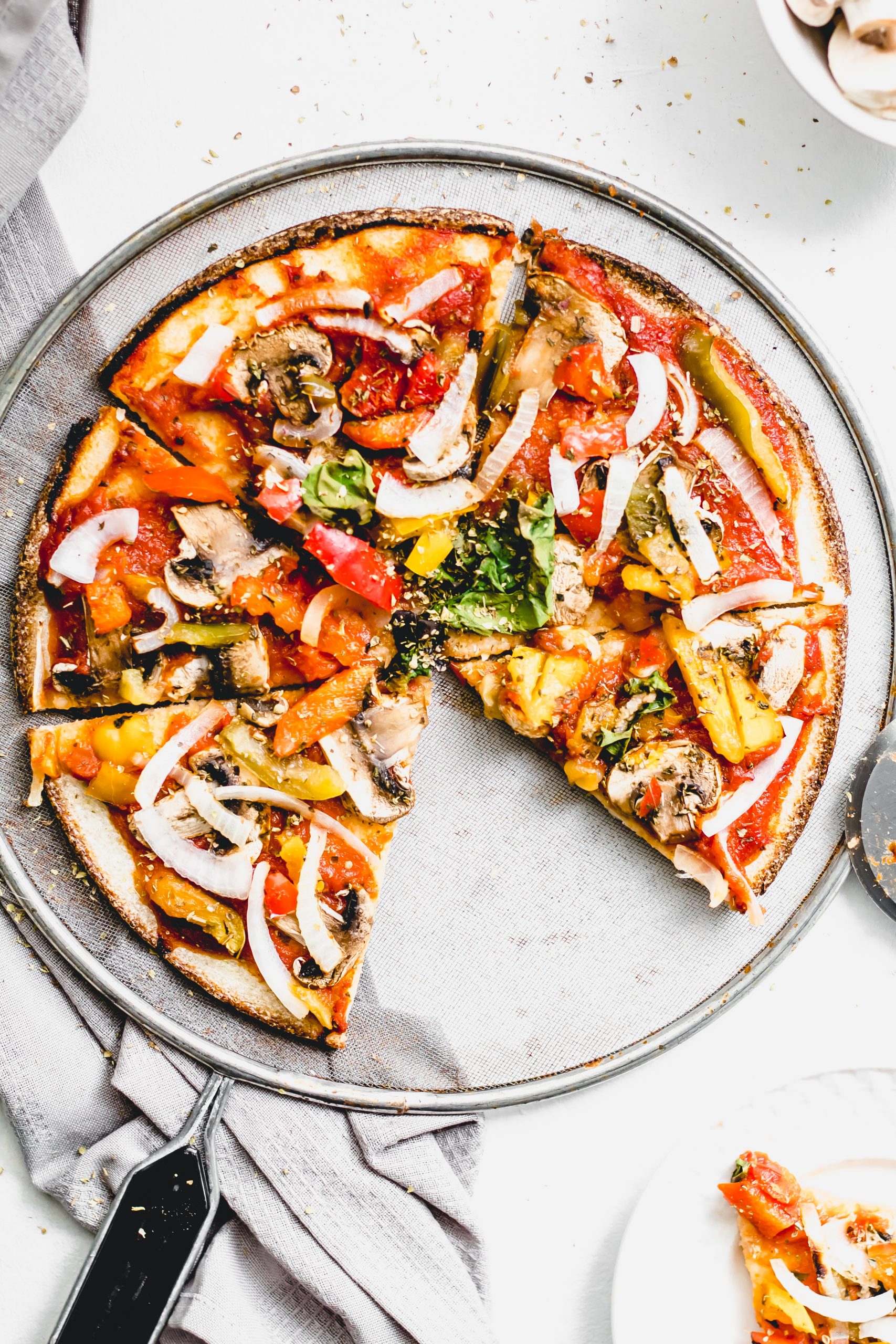 Liked this Recipe? Try Making These Other Recipes Next: 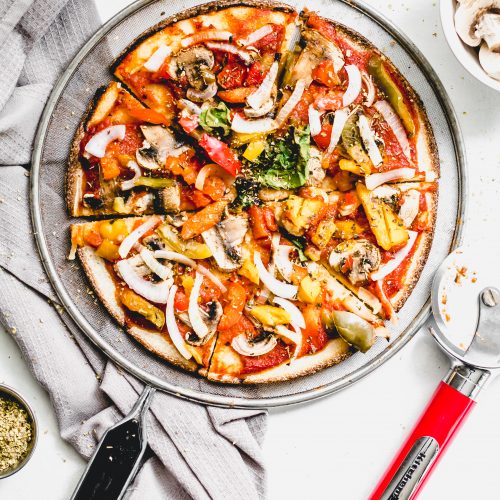