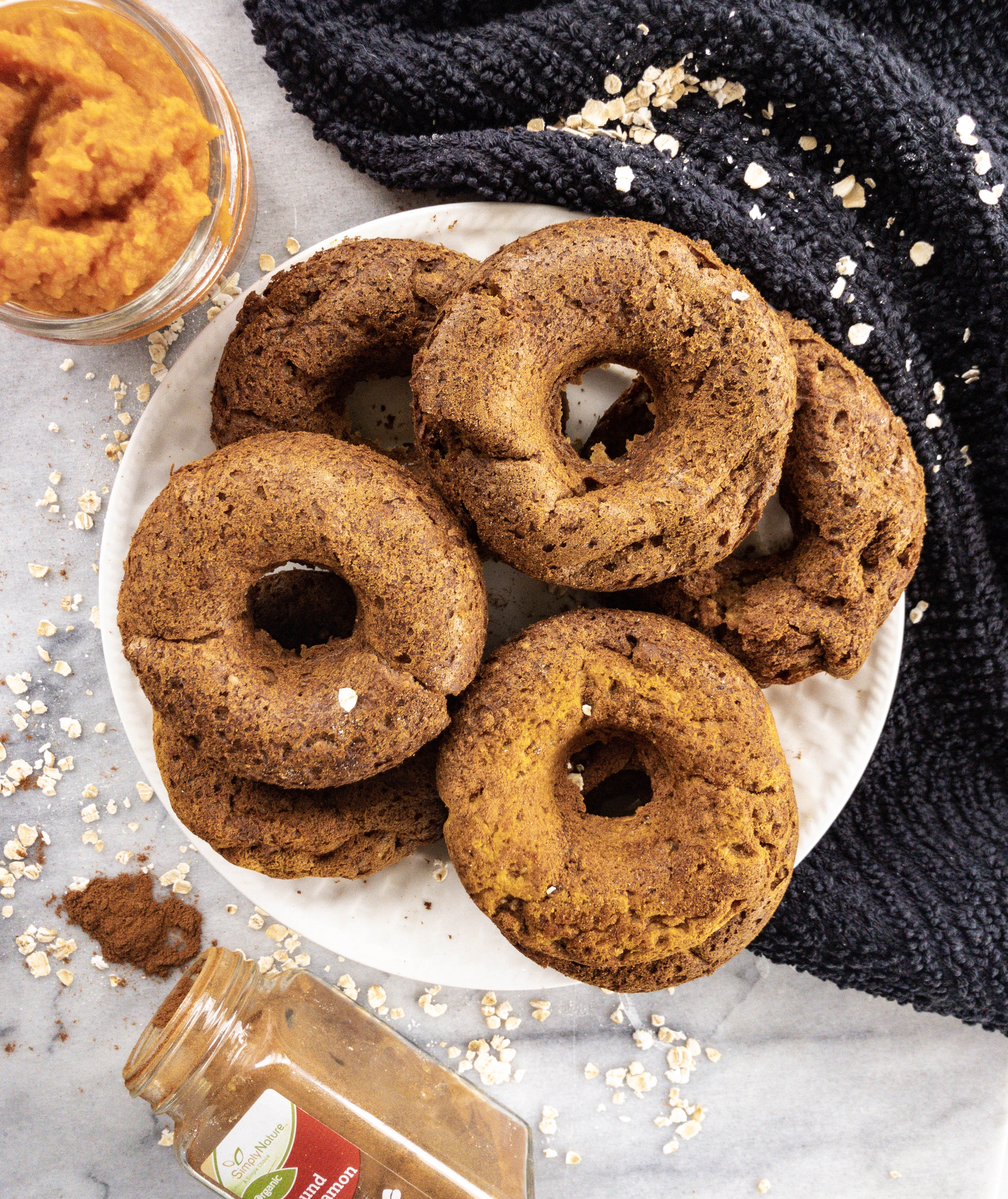 So, I have a confession to make. I’ve never actually made anything with pumpkin before. I’ve never bought pumpkin puree. I’ve never made anything with the words “Pumpkin” and “spice.” I also used to not be a fan of pumpkin at all. Pumpkin pie? nope, hated it. Pumpkin spice lattes? absolutely not. Then, like with many other foods, my taste buds changed. Now, I will admit that I drown in pumpkin everything.

I know that there are probably a billion pumpkin recipes filling up your pinterest account and instagram page. Its just that time of year again!! I thought I would give you all a simple, unfiltered, non-fancy pumpkin recipe that you can whip up for breakfast. These pumpkin donuts don’t even have a glaze, so you can say that they are reallll simple.

When I make baked pumpkin donuts, I honestly just eat them like waffles or pancakes. I put a few on my plate and top with maple syrup. No need for sugary, syrupy glazes when you can just eat them like classic breakfast food. If you want a glaze to go on top, there are a billion maple glaze recipes on pinterest that would pair with these really well! I just prefer my baked donuts to be messy, simple, and delicious when served with a side of syrup and coffee.

I used oats as the base for this recipe because I find them to be the best consistency and to hold up really well. I also realized that pumpkin puree really doesn’t have that strong of a taste. It’s really all in the spices that you accentuate it with, especially cinnamon. 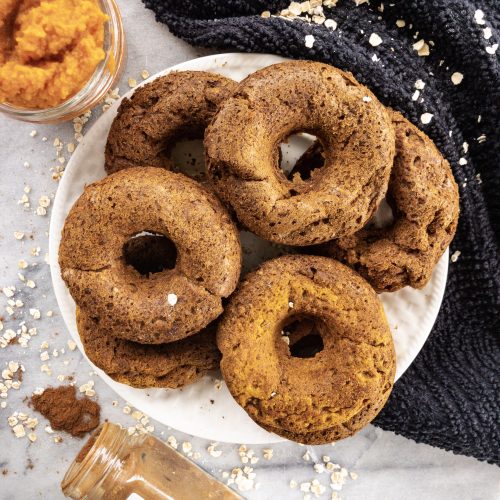