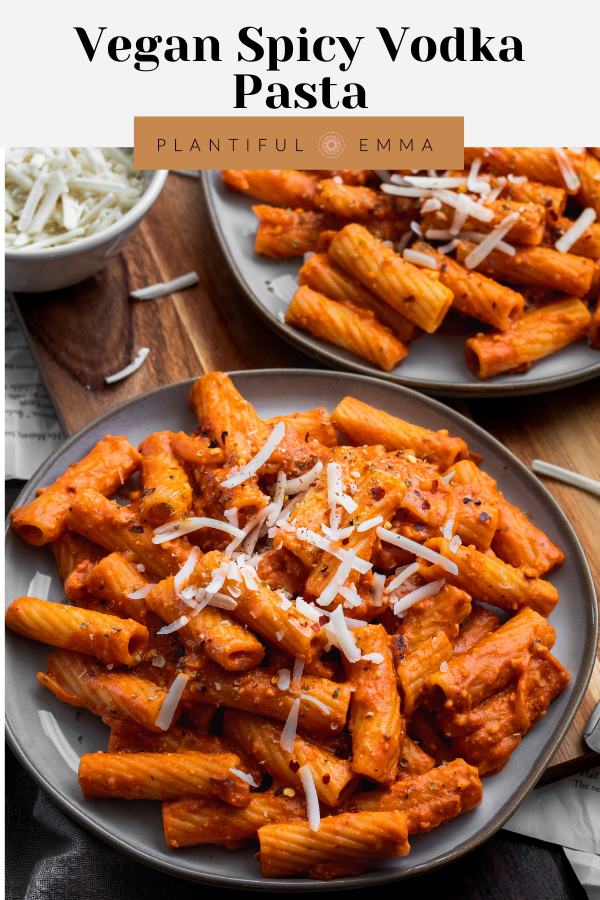 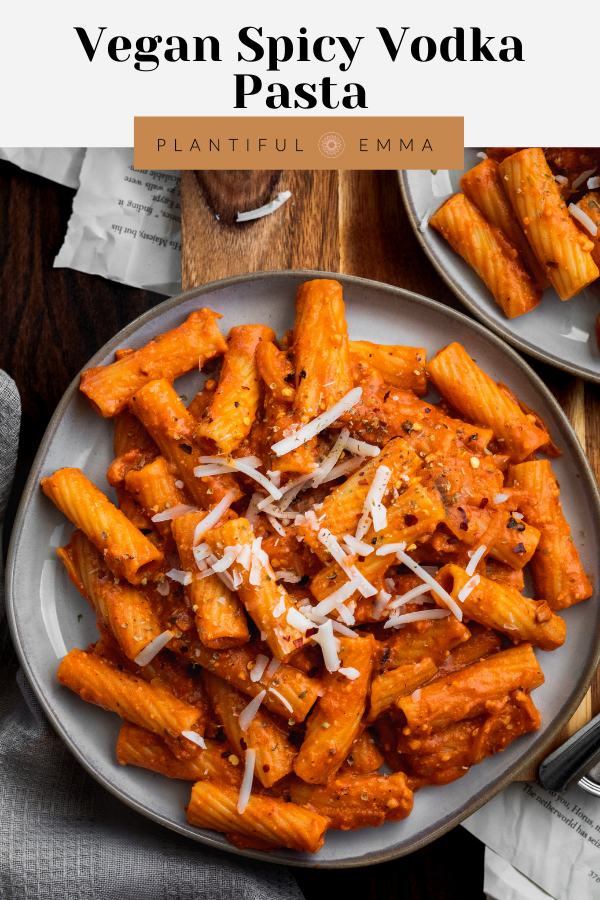 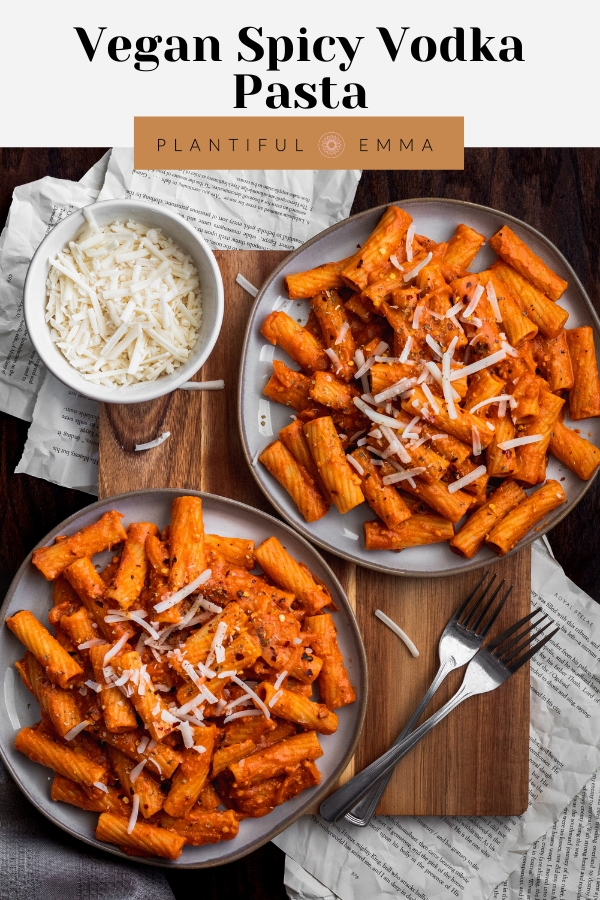 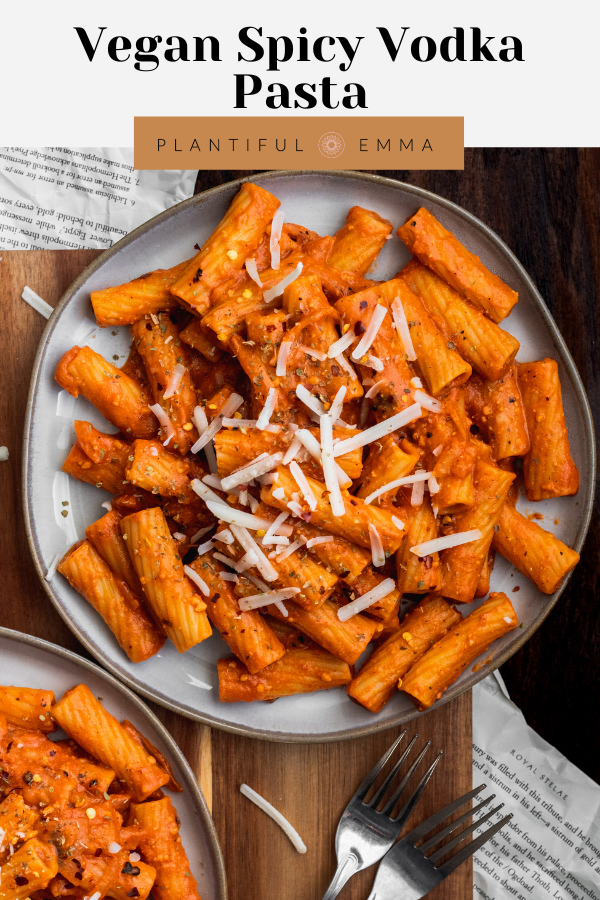 This vegan spicy vodka pasta recipe is the perfect creamy, comforting lunch or dinner. It is made with cashew cream. sauteed onions, garlic, tomato paste, nutritional yeast, vegan cheese, and of course vodka. 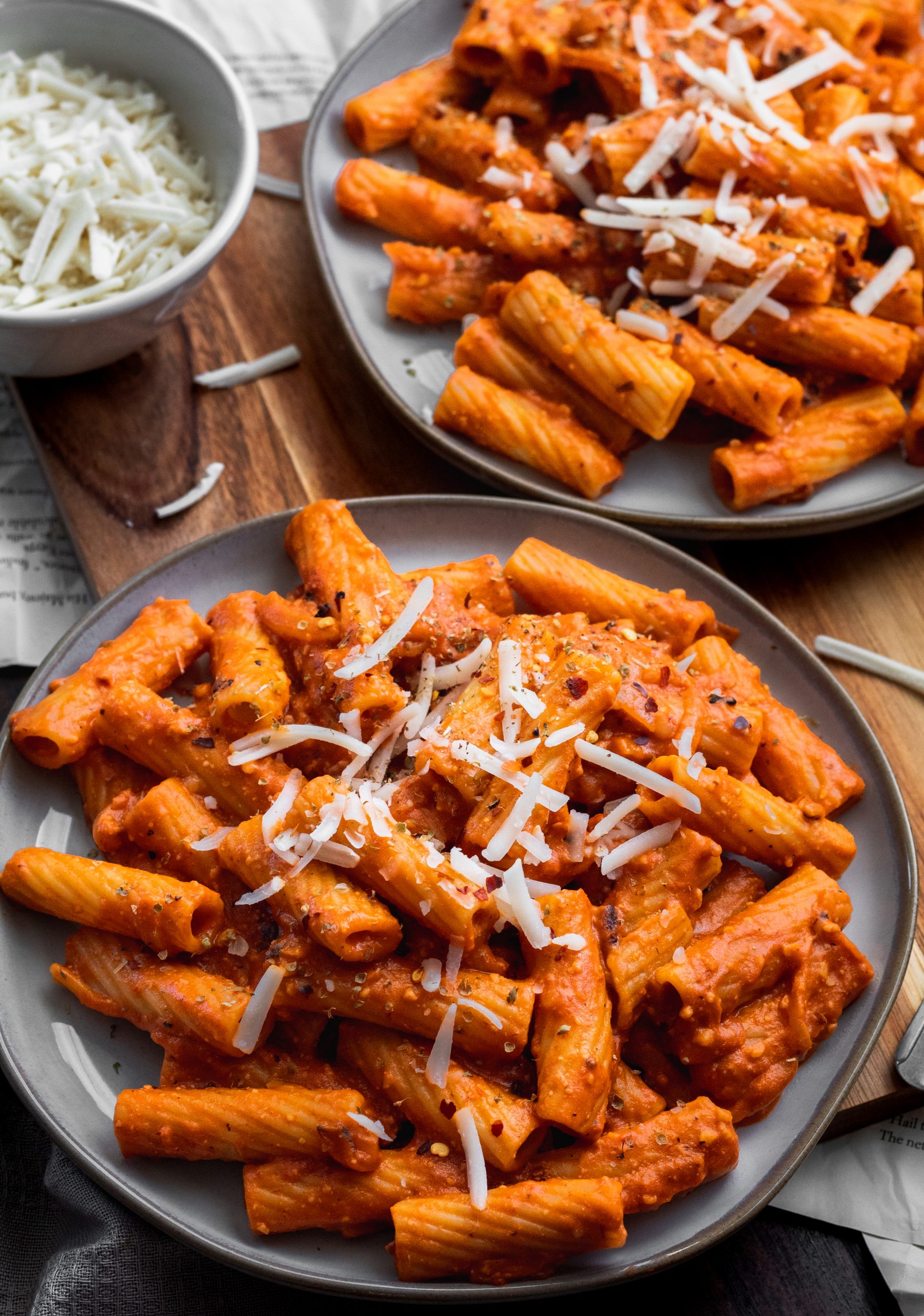 So I’m sure you’ve been seeing Gigi Hadid’s infamous spicy vodka pasta recipe making its rounds over the internet. I swear every other tik tok I saw for a while was someone making this recipe. It got to a point where my mouth was watering so much and I caved and made a vegan version! GUYS this recipe is bomb.

As a kid, I used to love vodka pasta (I know – kind of an adult dish for a kid to love) because it was so delicious and creamy. Basically the superior version to regular pasta and marinara sauce. I also felt so grown-up when I would order it. I haven’t had it in a while and I forgot how good it tastes. The sauce is creamy, the vodka brings out the delicious flavors, and the combination of the sauteed onions and garlic makes for such a delicious flavor. Theres also a lovely twist with this recipe brought on by the red pepper flakes. This vodka pasta has a little extra spice to it (lets add a little bit of….spice). If you got that reference you’ve probably been spending just as much time on tiktok as me. The cashew cream serves as the perfect substitute for regular heavy cream and the vegan cheese is a MUST in this recipe to get that traditional vodka sauce flavor. 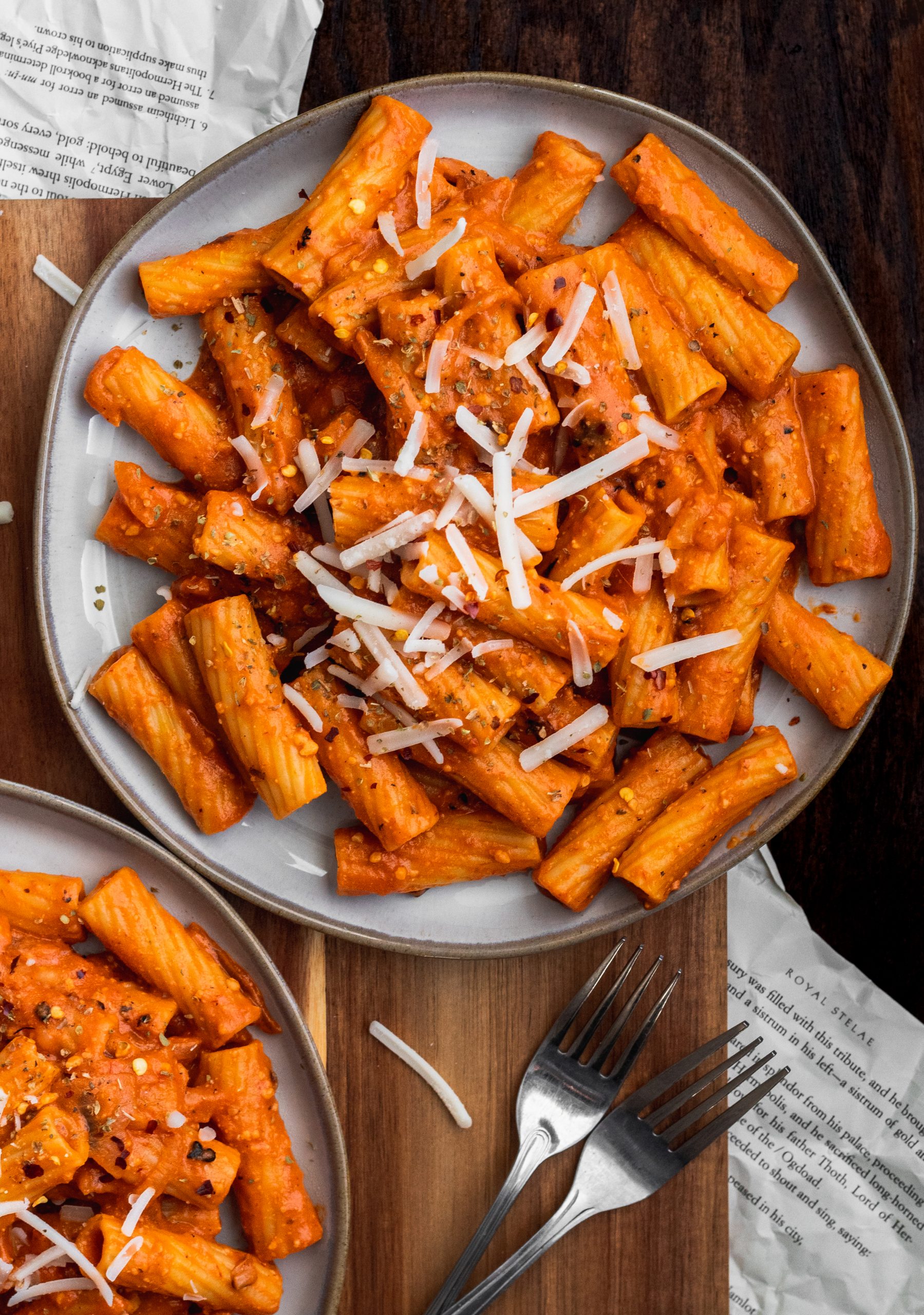 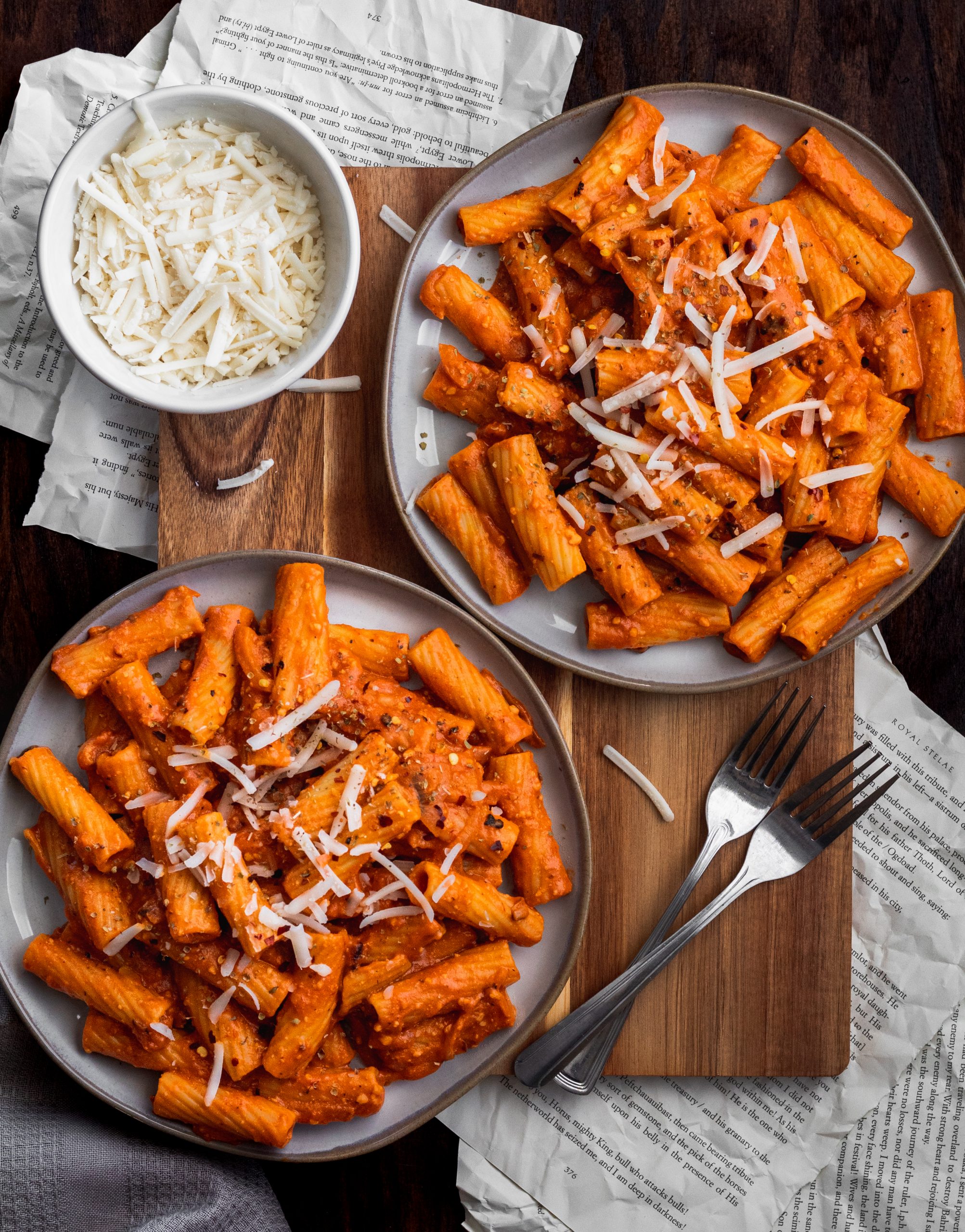 One of the key steps in this recipe is caramelizing the onions. Chop one white onion super finely and then add 2 tbsp of butter to a large saucepan. Heat the saucepan on low-medium heat and add in the onion and garlic. Stir and cook for about 5 minutes or until the onions begin to caramelize. Then add in the tomato paste and cook for another 5 minutes.

Next add in the vodka, cashew cream, and oat milk. If you don’t know how to make cashew cream, blend 1 cup of cashews with 1/2 cup of water. Make sure you blend in a high-speed blender until you get a smooth consistency. Allow the sauce to simmer.

For the pasta, I think rigatoni works the best for this recipe. You could also use penne, bow-tie, shells, cellentani, or any other short cut pasta.

First, boil and cook the pasta. When you drain the pasta reserve about 1 cup of pasta water and add it into the sauce. Set the pasta aside while you finish making the sauce.

Add the oregano, red pepper flakes, nutritional yeast, and vegan cheese to the sauce. Mix well and allow the pasta to cook until the cheese has melted. The cheese really helps to add in some extra creaminess to the sauce and preserves the traditional flavor of vodka pasta. 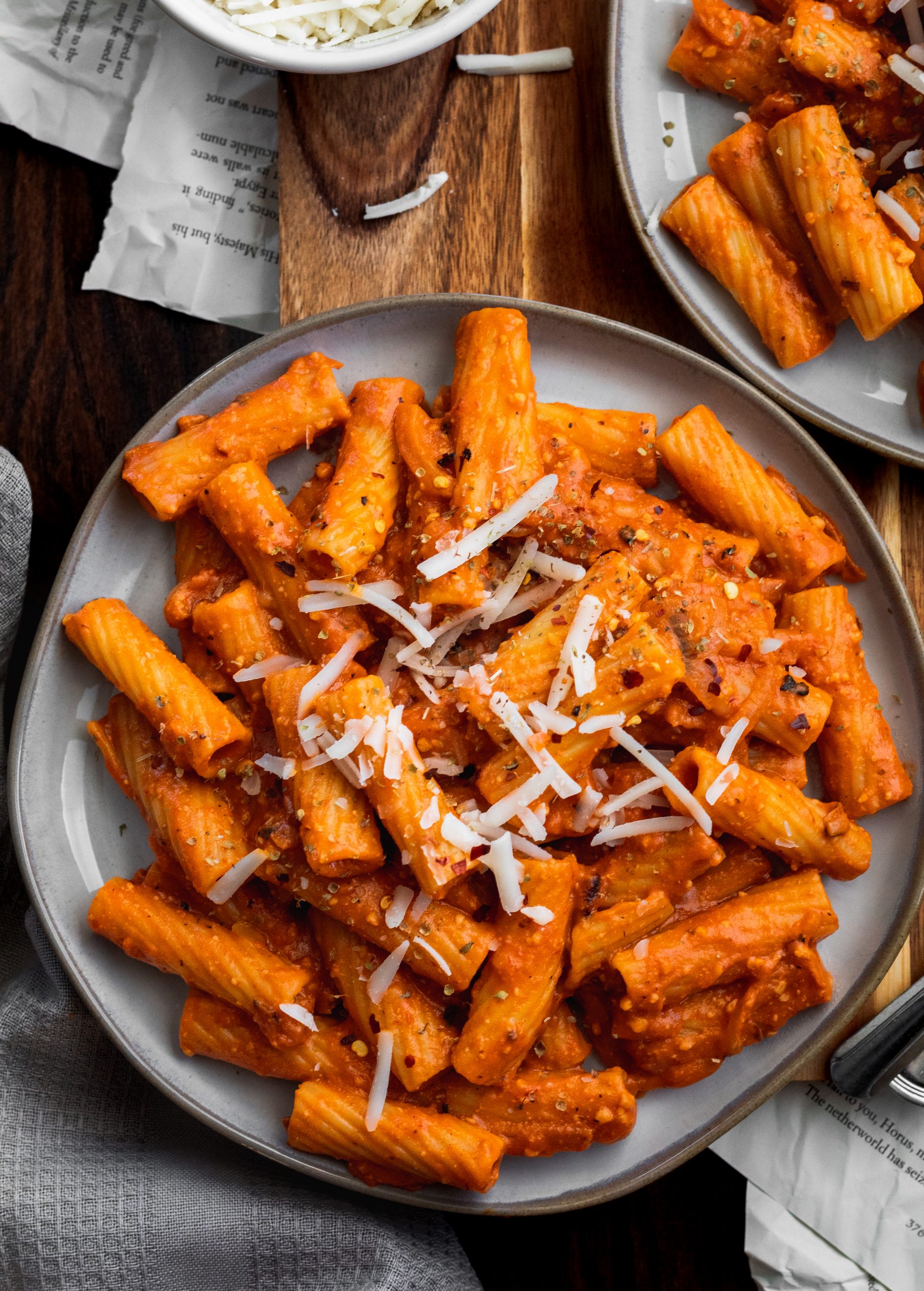 This recipe not only will make your kitchen smell like that of a fancy Italian restaurant but it also will be so addicting that you’ll regret not having leftovers. I made this for my family and every single one of them said it was one of their favorite recipes that I’ve made. So if you don’t take my word for it, take theirs.

Looking for some similar recipes? Try these ones next: 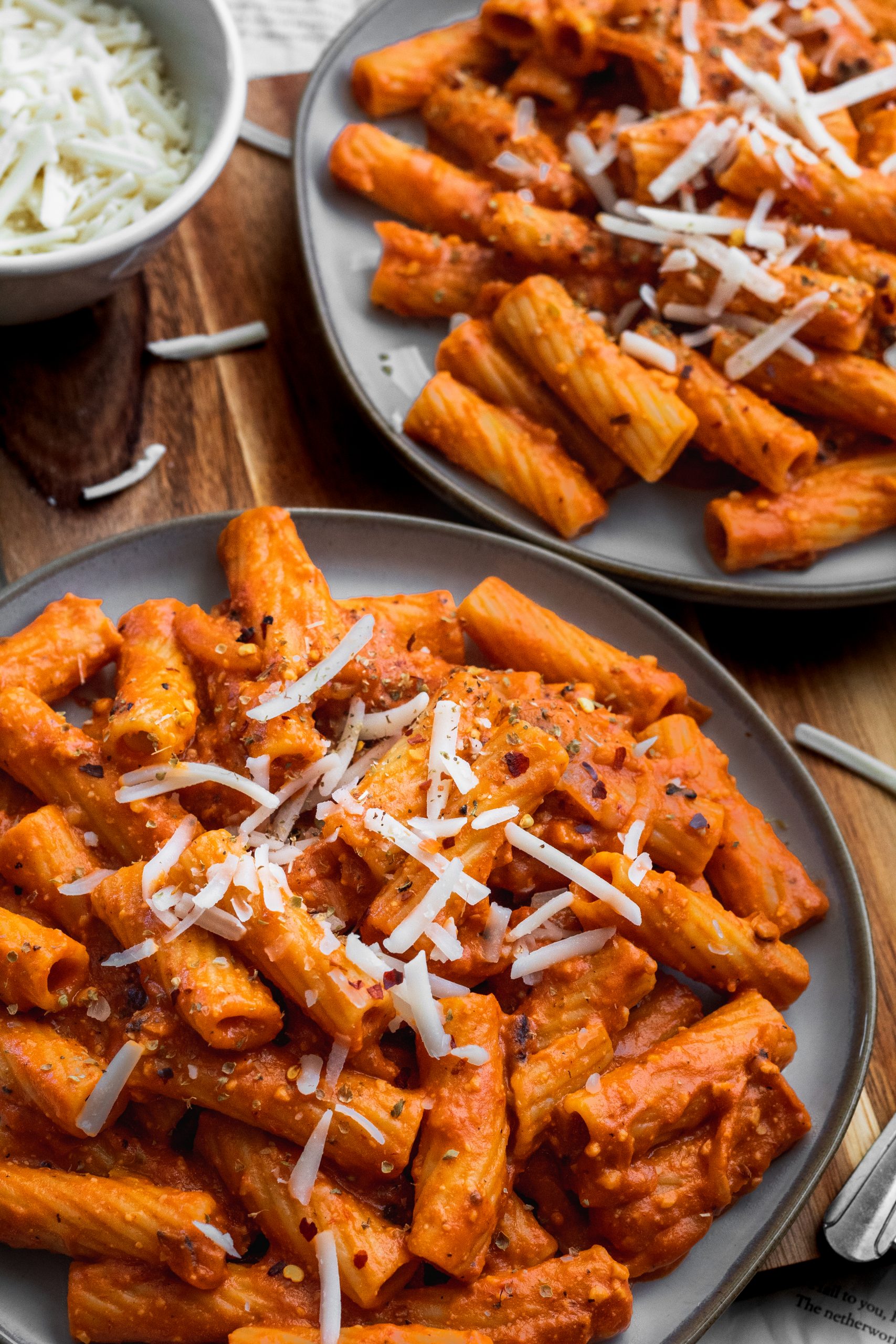 If you try out this recipe make sure to leave a comment and rating!! It would mean a lot and I would love your feedback! 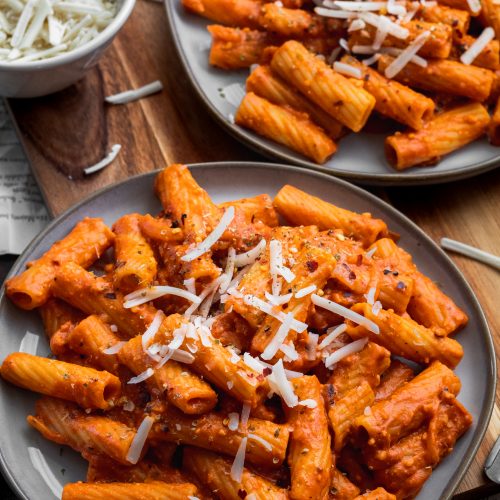