I’m starting out a new series on my blog called myth-busting Mondays where I discuss common controversial topics within the nutrition world. First up, is my favorite and least favorite conversation topic. Also the question I still probably get asked the most. Can you get enough protein, vitamins, and minerals on a plant-based diet? To put it short and sweet, yes you can.

I’m going to go through and break down each one and talk about why we also don’t need as much protein as we once thought. This post is entirely written by me based on what I’ve learned from nutrition classes, research, books, and documentaries. I will site all information and research that is not my own.

First, let’s talk about protein. We have turned into a protein-obsessed society. Protein powders left and right. Collagen smoothies. Protein pancakes, cakes, cookies, etc. If a food doesn’t have protein in it, it’s not worth eating, right? Wrong. This protein obsession is not healthy and I’m going to tell you why. First, our bodies do not need as much protein as we have once been told. The recommended protein intake is 0.8g for every kilogram of body weight. 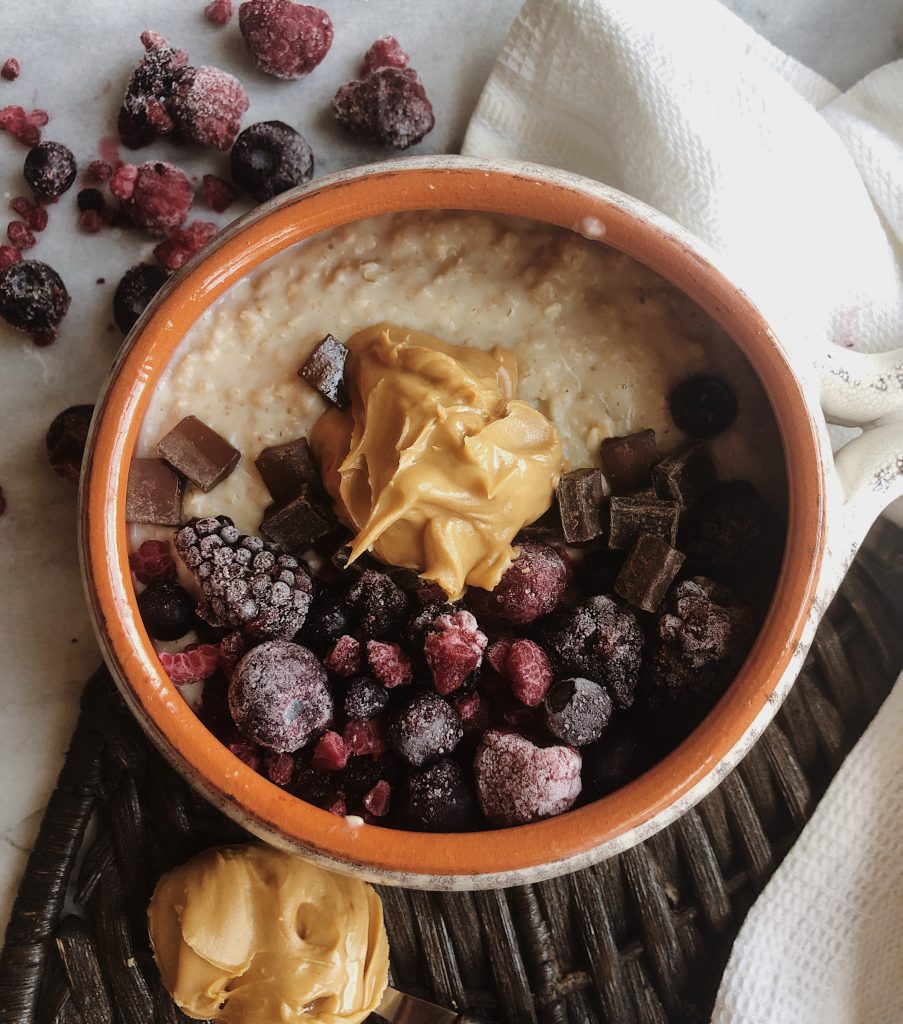 Where did this protein obsession stem from? Well,it started in the 1950s, when protein deficiency was labeled a global problem. The recommendations for protein intake were double what they are now and people were beginning to believe that they were protein deficient. Then in the 1970s, doctors and scientists began to realize that there was never a protein deficiency in the first place. They first thought a disease known as Kwashiorkor, which is a result of severe malnutrition, that was believed to be caused by protein deficiency. There are actually very few recorded instances of someone being protein deficient while consuming an adequate diet with enough calories. Once that was debunked, protein recommendations dropped. However, the protein craze had already begun.

Human breast milk is one of the lowest, if not the lowest, protein-containing milks for mammals. Only about 1% of it is protein. This could be seen as low, but in reality, it’s not. It’s the amount needed for human babies to grow into fully-fledged adults. Tell me again why we should be drinking cow’s milk, which is 4% protein. Not a huge difference, but large enough for it not to be the best to feed to human babies. As adults, we also don’t need as much protein as we consume. On average, Americans eat 100g of protein a day. 100g!! That’s over double the recommended amount.

We really should be asking is the question “Is too much protein good for you?” The answer to that one, no it isn’t. More protein isn’t better, in fact, it’s worse. Especially if that protein is coming from animal sources, which for most Americans it does. A diet high in protein correlates to an increased risk of kidney issues, cancer, heart disease, liver disorders, and weakened bone density. There is no scientific evidence to prove that a high-protein diet is good for us. None.

Now, let’s talk about vitamins and minerals. To be honest, I actually find it shocking that vitamins and minerals are such a concern for people who are plant-based. Haven’t we been told since childhood to eat our veggies because they are nutritionally dense?? Yet I still get comments like “Oh, I could never go plant-based because I struggle with vitamin deficiencies” or “Isn’t it common to be anemic when you go vegan?”

The two most controversial vitamins/ minerals that I get asked about are vitamin B12 and Iron. Let’s start with B12.

Vitamin B12 is a vitamin that is produced by bacteria in the earth. It is involved in red blood cell formation and functioning of the nervous system. A common myth arguing that being vegan isn’t “natural” is that we can only currently get B12 from animal products. However, that’s a completely inaccurate statement. Our ancestors used to get B12 from the soil, when they would eat crops from the earth. Back then there obviously wasn’t sanitation and preservatives and sinks with taps. They ate from the earth. So in consuming dirt, they were also consuming Vitamin B12 from the bacteria. Today, animal products contain Vitamin B12 partially because animals eat dirt as well but also because it is added to foods.

Even so, vitamin B12 deficiencies are common both in meat-eaters and in people who are plant-based. This is because the B12 in animal products is not absorbed well by our bodies. So, vitamin B12 is the only vitamin that is necessary for vegans to supplement. However, it has also been noted that the general population should also be taking a supplement due to the common occurrence of deficiencies.

Iron is another mineral heavily disputed between meat-eaters and vegans. It is the most common mineral deficiency in the world for many different reasons. One, its absorption can be hindered by many different food compounds such as phytates, calcium, fiber, polyphenols, and tannic acid. These compounds are found in a wide range of foods such as leafy greens, fruits, vegetables, dairy, and tea. Another, is that depending on the type of iron, it is not super bioavailable. 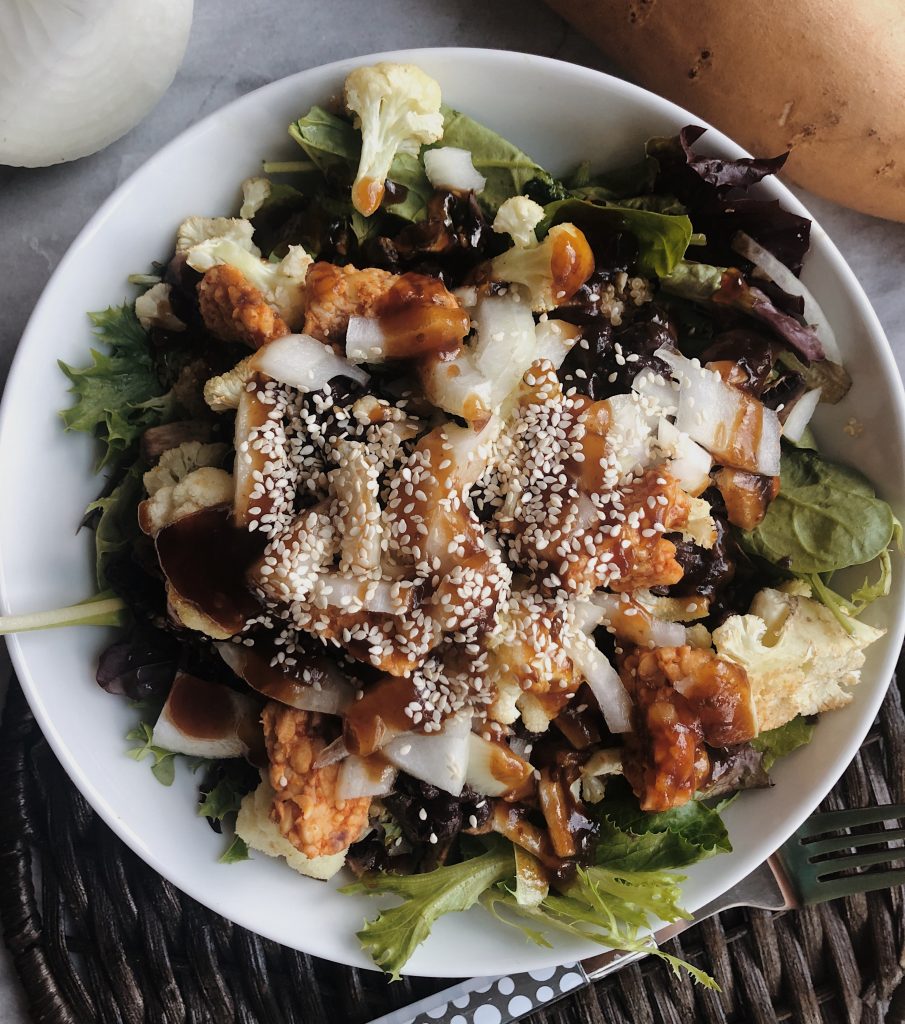 Heme iron, found in animal products, has been found to be better absorbed by the body. However, it is actually more unsafe. Studies have shown that a high intake of heme iron correlates with coronary artery disease and cancer. This may be due to how it is oxidized in the body. When iron is oxidized, it creates harmful free radicals which can lead to many different metabolic illnesses, including cancer. Researchers at the University of Kentucky have also found that heme iron is linked to gallstone formation.

Also, even though non-heme iron tends to be less bioavailable, vegans aren’t any more likely to develop iron deficiency anemia than meat-eaters. Actually, they may be less likely. People following a plant-based diet tend to consume more iron in general, due to the high amounts in spinach, legumes, grains, nuts, and seeds. They also eat fruits and vegetables high in Vitamin C, which promotes iron absorption.

So there you have it, three common myths associated with plant-based diets dispelled. Again, it’s definitely important to do your research before believing the first thing you hear. For the longest time, plant-based diets were called unnatural because of their lack of Vitamin B12, low iron bioavailability, and insufficient protein content. However, as you can see here and what you will find doing your own research, you can meet all of your macronutrient and micronutrient goals on a plant-based diet.